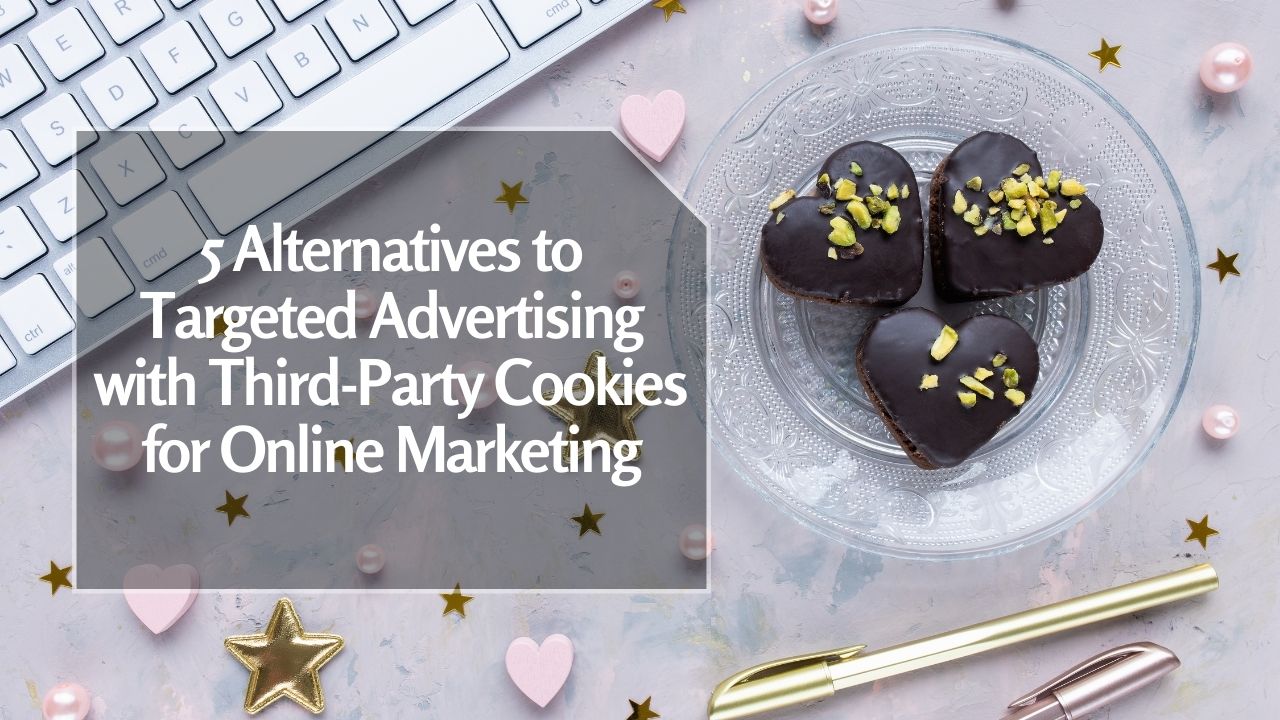 2022 will bring huge changes to the world of online marketing as Google moves to eliminate third-party cookies from the internet. In January 2020, Google announced its hugely popular Chrome browser would follow Apple’s Safari and Mozilla’s Firefox browsers in blocking the use of third-party cookies.

Third-party cookies are downloaded by the browser from a source other than the website being visited. Most commonly, these will be downloaded when advertisements appear on a website. These third-party cookies can build a detailed picture of a user’s online browsing history. This data is what drives the type of target advertising which means that advertisements the user sees on websites reflects things they are likely to be interested.

This data collection has become increasingly controversial in recent years. Legislation has been acted to restrict this mass collection of user data through third-party cookies. Most significantly, the European Union introduced legislation dubbed the General Data Protection Regulation (GDPR) in 2018 which requires websites to obtain explicit consent from users before using cookies to track their browsing history.

GDPR was supposed to give users greater control over their data. In practice, the GDPR regulation hasn’t really been effective. Many websites launch a pop-up when users first visit their page asking them to accept the use of cookies to track their online behavior. Most users simply click the button to accept these cookies. Some websites have simply region blocked visits from EU users to avoid complying with GDPR.

When Google announced Chrome’s move away from third-party cookies in January 2021, the online search giant also proposed its own alternative: Federated Learning of Cohorts (FLoC).

Instead of using third-party cookies to build a picture of each individual’s browsing history, FLoC groups users together based on their interests. This anonymizes the data to a much greater extent than third-party cookies. Google is pushing FLoC as a more privacy friendly alternative to third-party cookies which still allows highly targeted online advertising.

Not everyone is a fan of FLoC. Almost all major competitors to the Google Chrome browser have said they won’t enable the use of FLoC as a third-party cookie alternative. Opera, Apple, Microsoft, and Firefox creators Mozilla have all issued statements saying they have no plans to implement FLoC within their browsers at this time. However, this may change as we move closer to the 2022 end date for Chrome’s use of third-party cookies.

The creators of the Brave browser have gone even further, stating that FLoC “materially harms user privacy, under the guise of being privacy-friendly” and Brave will not “will not support the FLoC API and plan to disable it, no matter how it is implemented.” Brave’s statement claims that  FLoC “does not protect privacy and it certainly is not beneficial to users, to unwittingly give away their privacy for the financial gain of Google.”

PARAKEET is an alternative to Google’s FLoC which is being developed by Microsoft and Harvard’s Institute for Quantitative Social Science (IQSS) and the School of Engineering and Applied Sciences (SEAS). PARAKEET is similarly intended to enable targeted advertising without specifically tracking each individual user’s browsing history.

PARAKEET is an acronym for Private and Anonymized Requests for Ads that Keep Efficacy and Enhance Transparency. Like FLoC, Microsoft’s proposal seeks to target users based on their similarity to other users. It limits the collection of individual identifiable data which has made third-party cookies so controversial.

Documentation released by Microsoft on GitHub claims that PARAKEET will operate similarly enough to third-party cookies to cause minimal changes for those serving targeted adverts while also increasing user privacy.

Both FLoC and PARAKEET are currently in the development phase. Like all technological format wars, it will take some time to see which of the two is more widely adopted and whether both can co-exist.

Targeted advertising allows all kinds of website to monetize content which is provided to users for free. As the common online maxim goes, when the service is free, the product is the user.

This approach can be effective for sites which already have a large userbase and widespread brand recognition. However, it will be much more difficult for less well-known online entities to seek funding through this model.

Reaching out to websites and content creators who serve a similar audience could be a very effective alternative to targeted advertising based on the data gathered by third-party cookies.

Unified ID 2.0 is an open-source system currently being trailed to use this first-party data to better serve advertisements. Spearheaded by online marketing company The Trade Desk, Unified ID 2.0 requires users to opt-in to having their website activity used to serve targeted advertisements. Websites including Buzzfeed, Foursquare, and Newsweek are part of the Unified ID 2.0 beta trial.

Google and others have dismissed this alternative to third-party cookies, saying these proposals do little to better protect user privacy.

Google’s announcement of the removal of third-party cookies from Chrome means a huge change is coming to the world of online marketing. It is vital that all companies which use targeted online advertising carefully consider the alternatives.

ProWritingAid vs. Grammarly – Are They Worth It?

ProWritingAid vs. Grammarly - Are They Worth It?