As an Affiliate and Amazon Associate, I earn money from purchases made through my links. This does not cost you anything extra.

Hello, hello. Jeff Helvin here with Ballen Brands. And today, I’m going to show you the Ballen’s anniversary campaign. This campaign is meant to help enhance our interaction with our database.

Now we can use their built-in anniversary field or we could also create a custom field to collect anniversaries if maybe we have two different types of anniversaries. We may have a relationship anniversary and we may have like a close deal anniversary. So, really that’s configurable however you would like.

But basically what we have here is we simply apply a tag to a contact record which will launch the anniversary campaign. What we have there, too, is we’ve split up electronic communication. So, of course, that’s pretty much free with the system. And then we also have a second leg here that allows us to send a physical, whether it be a postcard, it could actually be brownies, some sort of gift card. We can actually set that up to be automated as well through integrating some third party systems here.

So, what we have here is first we run through and, like I said, everybody who has this anniversary tag applied is going to be set up to get the electronic communication. And so, what we do here is one day before the anniversary at 10:00 at night, we send an email to them.

Now, this is pretty straightforward. It’s just, “Happy anniversary. Wishing you a happy anniversary, Jeff,” in this case, “It’s been another year and it’s time to take a moment to recognize the milestone and celebrate. Just wanted to send you an email and say happy anniversary. Let me know if there’s anything I can do for you. Your friend,” and then it’ll have your name of course in there if this is your campaign.

Then what it will do is 8:45 the next morning, it’s actually going to send a text as well. Very simple. Just says, “Happy anniversary. Happy anniversary from,” say, Tim, in this case. And there you go, it sends out the text message.

Now, if you do want to actually send physical cards, we’ve set up a tag here, we call it the money tag. And it’s literally called “money” right now. However, it could be called “VIP,” it could be called “Top Clients,” things like that. But we call it “money” because basically, the intent is that this is someone you are going to spend more money on really. I guess just kind of a top level of the database here.

So, what this one does is if this is set up, or if you have a money tag applied as well, it’s going to 14 days before their next anniversary, it’s going to actually send a physical anniversary card. And this is done using third-party integrations such as ZenDirect or SendOutCards. And so, it’s going to trigger that. We have a campaign that’s set up in there. And then basically it just initiates that to go out. So, 14 days before it’s gets triggered to send therefore giving it maybe seven to 10 days to get delivered. It will get there before the actual anniversary.

The other option we have here, of course, is to stop those campaigns. We can stop the anniversary campaign or if they were to unsubscribe or maybe become no longer part of your database, we’ll stop all campaigns.

Now, the other piece that we have here that is more than just kind of sending them the communication is actually collecting that information as well. Now, from here we have anniversary tag applied … it’s the same one up here … and what it’s going to do is it’s going to run an action set to see if the anniversary field is actually set because if it’s not then of course none to this communication will go out.

So, what happens is if that information is not collected what it’s going to do is send an email. Now, if you watched our birthday campaign video, it runs very similarly to this. However, instead of actually sending out an email to the contact asking for their birthday, here we actually have this set up to go to the owner of that contact in the system.

So, in this case, my name’s Jeff, so if in this case, I’m the owner of this contact it’s actually going to say, “Hey, Jeff. We want to make sure your records are up today and it looks like we don’t have,” let’s say, “Tom Smith’s anniversary in the system. Click here to update the system with the anniversary date.”

So at this point, I have the opportunity, it may not feel appropriate to email Tom Smith and ask him when his anniversary is because it may not apply to him. So don’t necessarily always want this to run. But it also may be that I actually know, maybe I’m doing it on a past closing date or a transaction that I’ve done with Tom. So maybe I just want to go look and see when that receipt was and enter it in myself.

So, this is more of a way to help kind of myself keep my information up to date in the system rather than asking the client to do it for something like the anniversary. It’s very simple here. All we do is open up the anniversary.

When I click that link and it’s just going to double check their first, last name, what their email is and ask what’s the anniversary so that we can record that. Once it’s done, then we know when this comes around to send the text or email text or also to send the physical mailer, then we have this all set up and ready to go.

So, if you have any questions here, please don’t hesitate to reach out. You can reach us at team@ballenbrands.com. 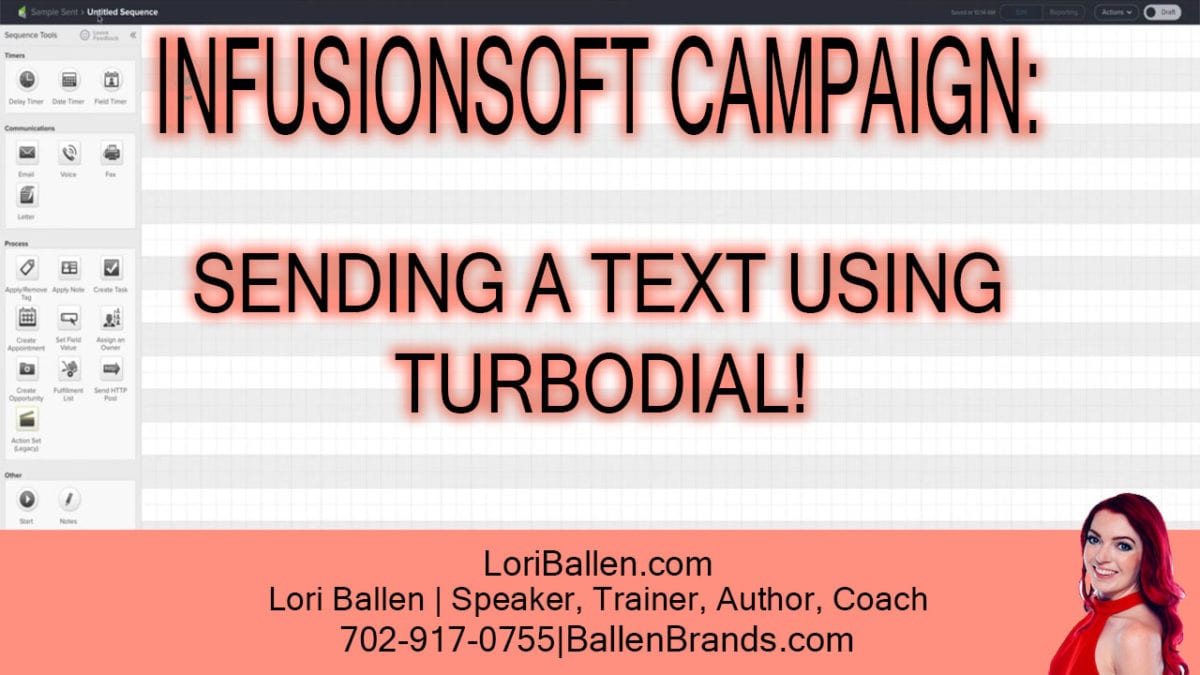 Sending a Text in an Infusionsoft Campaign Using TurboDial 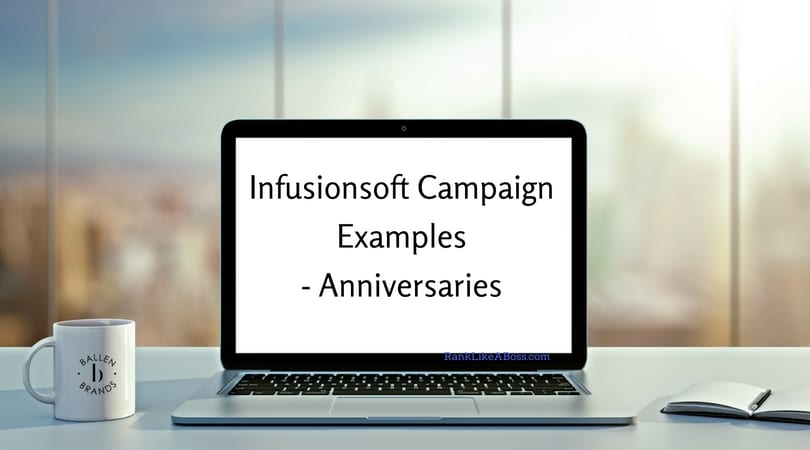 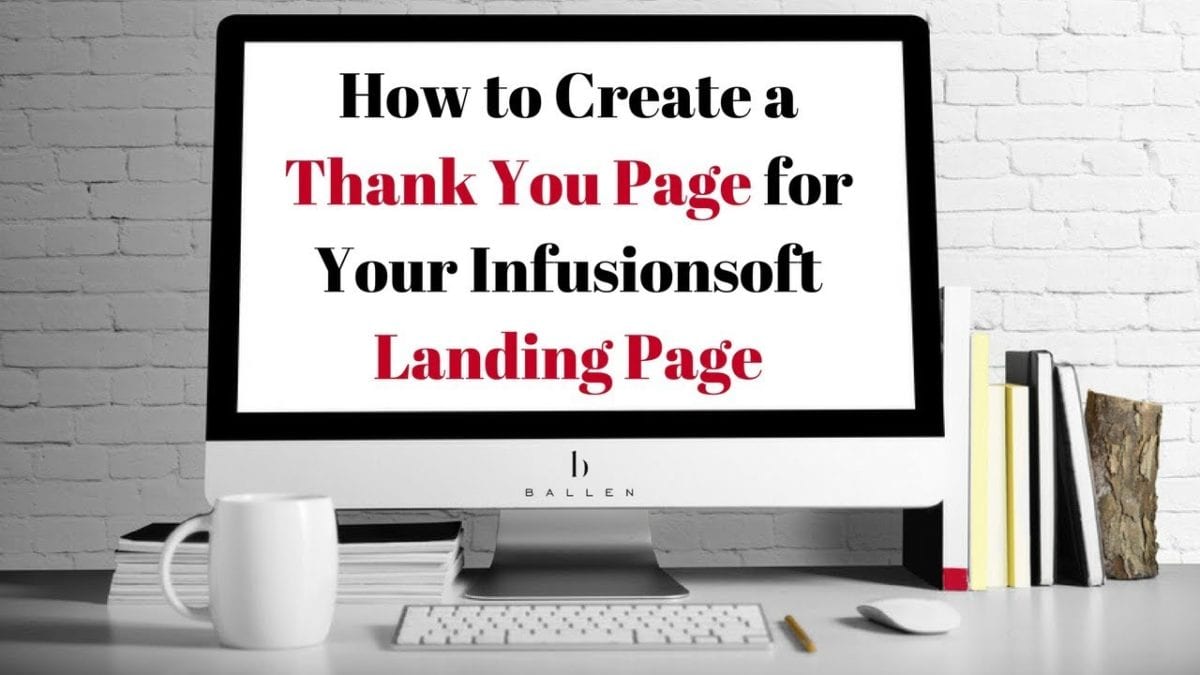 Setting up an Infusionsoft Thank You Page

Lori Ballen is a real estate agent in Las Vegas. She's a speaker and marketing coach and loves to share her "Ballen Method" to generating real estate leads online. Lori's specialties are SEO (ranking on the search engines), and social media strategies.