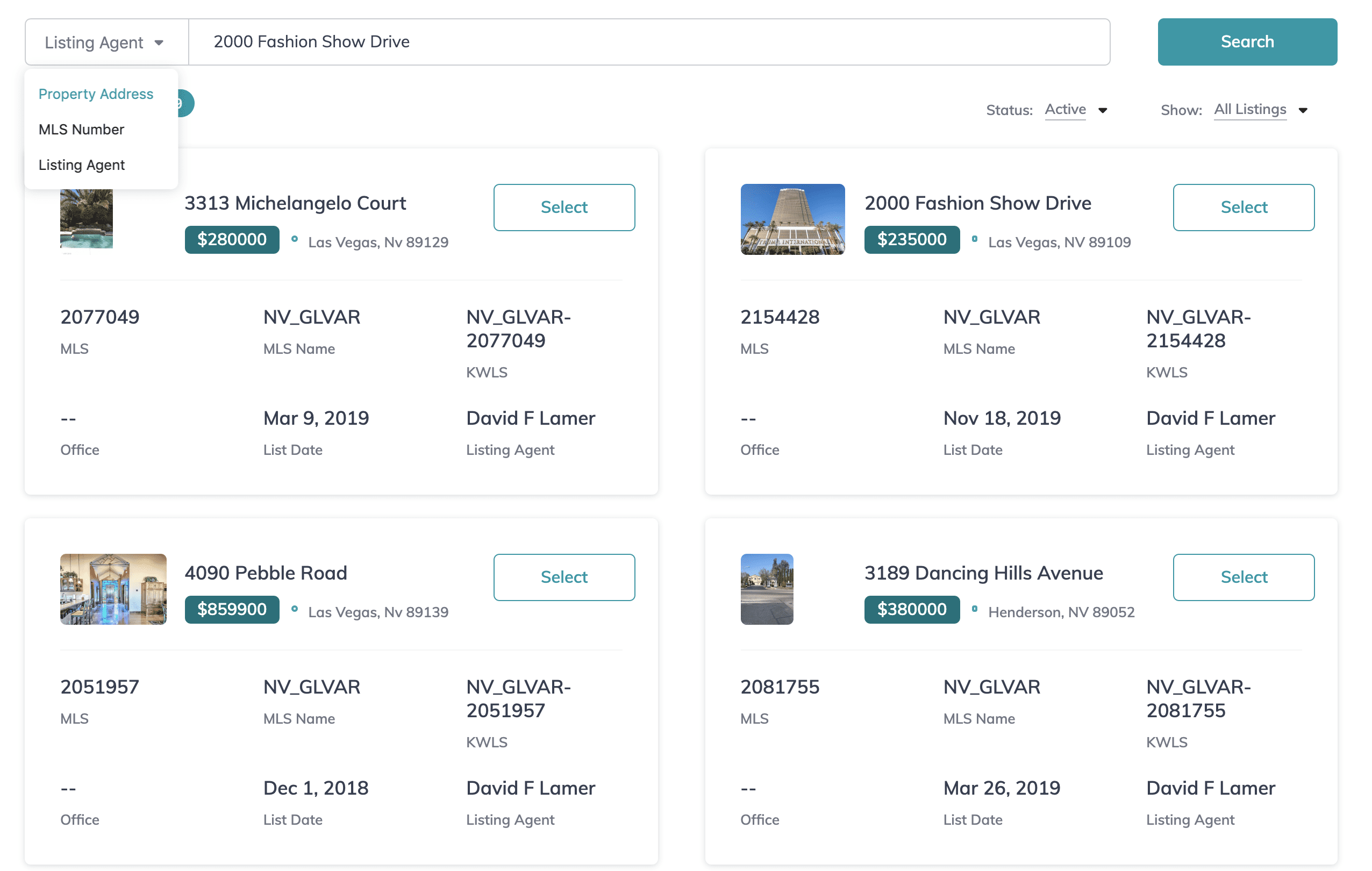 You can use KWLS to pull data from a listing you have. After clicking Set Up Campaign, a box will appear with a search bar. Search for your listing and choose the one you want to feature. Be sure to toggle the arrows in the search to All and Active. You can search by the listing agent, address, or MLS number.

When it comes to video editing, the top two programs on most potential video editors’ minds are Final Cut Pro X and Premiere Pro. Both programs have an achievable learning curve for newbies and are robust enough for Hollywood professional editing.

There are so many features and elements to compare in both programs. We will review the similarities and differences between each.

Ideally, you will walk away with a better understanding of which video editing software is best for your needs.

Sorry PC users, Final Cut Pro is a video editor only available for Apple computers. It is robust, fast, and relatively easy for editors.

Like most Apple software, the user end experience plays a role in the software’s functionality. Starting in Final Cut Pro, you can initially focus on the simple functions since complex functions are hidden at first.

Then, however, you can open and use those complex features if you are comfortable.

Final Cut Pro is great for many types of projects unless you have to edit several video tracks. Final Cut Pro also seems to be built for linear video editing. However, non-linear editors may have an adjustment period.

If your project is linear, it will be easier for the system to process. Luckily, your render times are fast, even on large projects.

Various editors can work on Final Cut at the same time through an editing server. However, teamwork capability may be better and more thought out in Premiere.

If you want to create flashy 3D effects, flashy titles, or 360-degree output, you can integrate specific Apple software into Final Cut X for a fee.

For example, You can pay an additional fee to add access to Compressor and Motion.

Premiere seems to be built with editing students in mind. All Adobe Software programs have several tutorial videos on the Adobe website – Premiere is no different in this regard.

If you prefer internal guidance, there is an interactive guide to walk you through the program for the very first time.

The user interface is panel-based with a customizable and organized workspace. Your editing functions range from simple to advanced.

You may love the Lumetri Solo function if you want to do internal color grading. However, since this is an Adobe program, Premiere is beautifully integrated with other Adobe Software.

So you can make needed enhancements and effects in other programs and effortlessly port the cut back into Premiere.

If you like to get your hands dirty and use different media types within your video editing project, Adobe Premiere could not make it any easier.

After Effects is an Adobe program that you can use to add various special effects and animation to your roll.

You can edit all your animation and effects within After Effects and bring it back into Premiere. In Premiere, that cut can be edited like all other footage.

If you need to use images and external audio editing, you have programs like Photoshop, Illustrator and Audition perfectly integrated as well.

If you are working in a team environment, Premiere has a Productions feature, which is helpful for multiple projects with several different editors.

Renaming files is very streamlined. For example, if you rename a file picture from Photoshop or an audio file from Audition while in Premiere, the file will also be renamed on the storage device.

In other words, you and your team can avoid ten different versions of the same file and have no idea which one you should use. Plus, this element also lightens up the storage load.

While all this integration is impressive, it does not come without potential issues. Sometimes, rendering can be slow in Premiere, and crashes may result.

Adobe Premiere can also use your system’s GPU power for enhanced speeds and processing loads.

However, this capability does not stop Adobe Premiere from crashing during a project. You should be mindful of when Adobe is rolling out updates because it may cause glitches in Premiere during that time.

Both video editing software provides top-notch performance. In addition, users can optimize both for enhanced performance.

If you want Final Cut or Adobe Premiere to be able to tap into GPU power, make sure you have an up-to-date system with a good amount of space.

Final Cut X may overall be faster, but Adobe Premiere has better integration for larger projects.

Regardless of what video editing tool you choose to buy, you will not be alone after your purchase. Adobe’s website contains a ton of non-stop tutorials for all software, including Premiere.

Adobe does a great job of staying up-to-date with the video tutorials. Team members are available by web chat, and users have access to a community forum as well.

While deciding on a video editing software, you can take both for a test run. Premiere Pro offers a seven-day trial, while Final Cut Pro offers a 90-day one.

If you decide to stay on after the trial periods are over, Final Cut ProX will cost you $299.99. Premiere will either cost you $329.46 for a year, or you can join a monthly installment plan.

If you plan to utilize the enhanced integration capabilities of Premiere, you will need access to those programs as well. You can pay $69 per month to use the entire Adobe Suite catalog of over 20 programs.

Final Cut Pro is certainly cheaper since it involves a one-time, flat fee in terms of pricing. However, be prepared for ongoing monthly or annual pricing with Premiere.

Unfortunately, your computer platform may have the final decision in what video editing software you can use for your projects.

Adobe Premiere is available to use on both PCs and Macs. However, Final Cut Pro is built for the macOS operating system and is not available on PC.

So, for PC users, you can only use Adobe Premiere, but Mac lovers can choose between both. While making your choice, consider what types of projects you want to do and whether teamwork is involved.

Final Cut Pro is optimized specifically for a Mac Computer and is faster overall. So if you prefer editing on a linear timeline, this one is for you.

However, if you love to be involved in the different bells and whistles of video production such as audio, special effects, animated titles, still pictures, and animation -Adobe Premiere covers all of that.

Unfortunately, Premiere does render slower than Final Cut and crashes more, but you can have a bigger overall involvement in your video project.

Teams or multi-editors also have more options for individualized workflow and sharing in Premiere. However, Final Cut has a simple interface that can be customized and is ideal for the lone video editor.

You should also consider your budget.

Once you pay for Final Cut, that is all you need to pay unless you add on Apple software for 3D rendering capability. Adobe Premiere will involve ongoing payments – monthly or annually.

However, those ongoing payments can allow access to 20 more software apps if you feel creative or want it for a team.

Both video software allows the user to say educated about the product. Both come with tutorials and great customer service.

If you are not sure or don’t remember what a particular feature does, it is effortless to access info with supplied tutorials or community platforms.

In regards to which one is better, I simply can not say. Final Cut and Adobe Premiere have something for every video editor or editing team. You have to bear in mind the average type and size of your project, as well as your platform.

Rest assured that you will learn how to edit on either platform due to their enhanced user education features.

OK, well, you know what both video editing tools can do. You can always reach out on their online platforms for further research and communicate with current users.

Shopify vs WordPress: Which is Better?

Is Affiliate Marketing Worth It

Is Affiliate Marketing Worth It 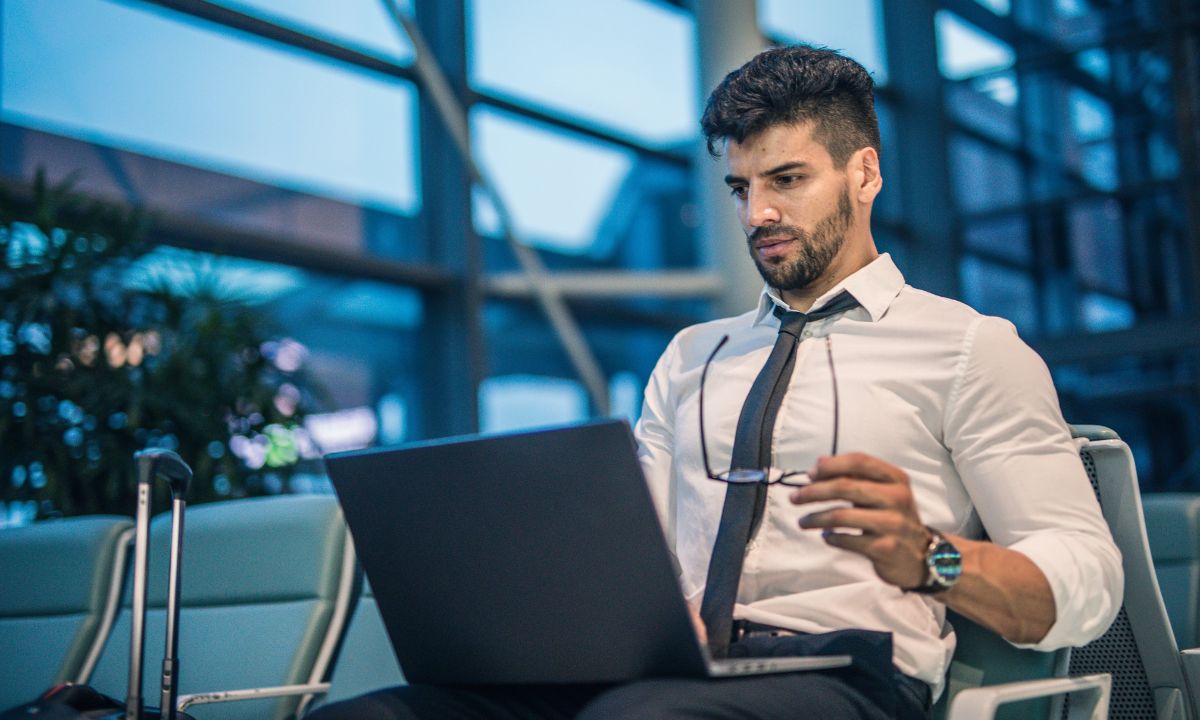