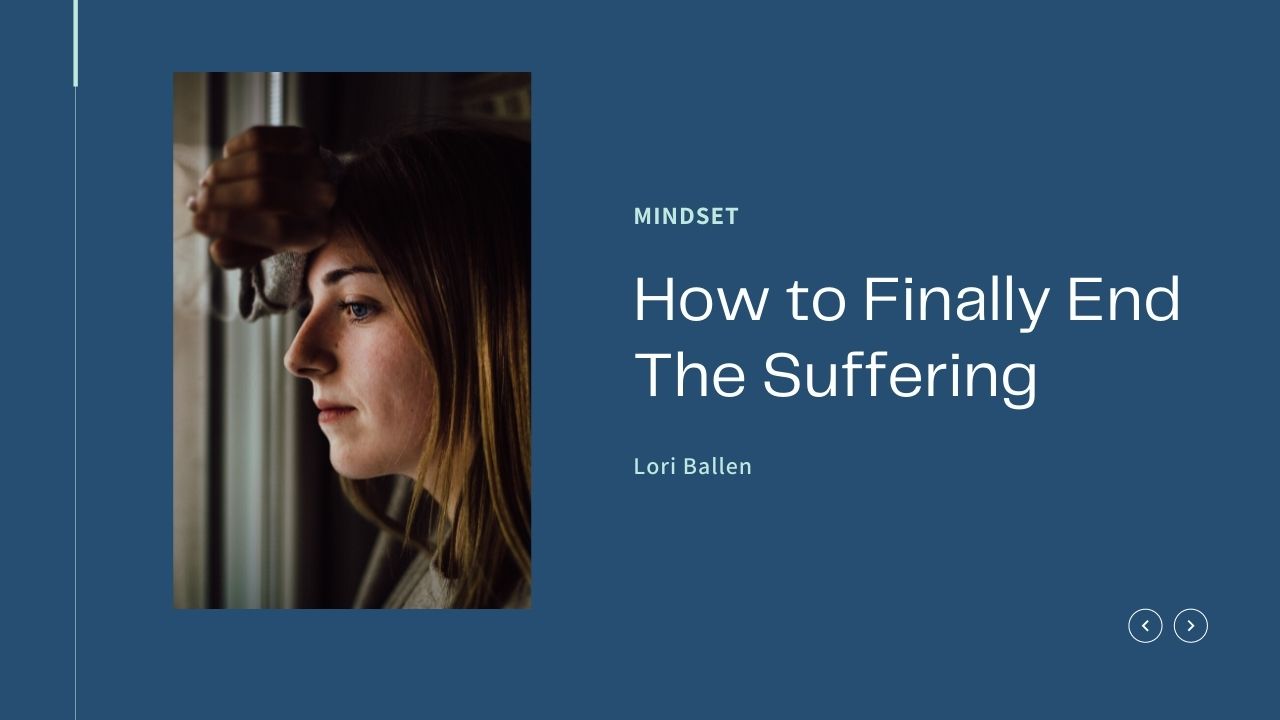 What Causes Suffering, and How To Finally End It.

When life becomes challenging, we tend to ask ourselves, “Why me? Why is this happening?” The more honest among us would say that’s our first reaction. So first, we suffer, and then we look for a cause – what defined it as such – so we can decide what course of action we should take moving forward.

We also tend to look for stories that support our suffering. After all, there has to be a way to explain it, define it, and justify it.

What causes suffering is not the event itself but how you define it and understand it.

Sometimes your understanding can be wrong or incomplete: if you try to look at things from a different perspective, you may find that the situation isn’t as bad as you thought.

On other occasions, no matter how much effort you spend trying to see things differently, there is no rational reason why something just happened.

You can experience the same event with entirely different feelings according to how you define it. Therefore, the more clear and un-distorted your views are on the events that take place in your life, the less suffering you will experience on a day-to-day basis.

On some level, we all understand this: that’s why we try to find justifications for things. We misattribute an event of comfort as evidence of good omen and bad omens of misfortune; we narrate our lives through stories where everything serves a purpose and has meaning; we believe something is meant to happen or not meant to happen.

Yet, like raindrops dancing on a windowpane, our view gets distorted. For Example, we think about events in isolation rather than seeing them in a continuum of time and space, or we fail to make the connection between events.

This thought process causes our suffering: not the event itself but how we define it.

The best thing you can do to get rid of the pain is to redefine your understanding of things, no matter how difficult that may be. The more clear and rational your thinking, the less you will suffer from day-to-day events.

It’s a matter of perspective: if something happens to you outside your control, it doesn’t make sense for you to feel bad about it. You have nothing to do with the event or why it happened, so there’s no point in feeling bad about yourself because of it.

What matters is what you choose to take out of the experience rather than what happened initially.

In some cases, this might be hard but recognizing how little our initial responses mean we can overcome any obstacle.

At the end of the day, when you’re lying in bed waiting for sleep to take over, how much meaning do any of these experiences have? None; that’s why it doesn’t make sense to carry them over into your next day.

Every event in your life is a stepping stone on your journey. It’s through suffering that the most significant change happens.

Yet you can choose your level of suffering by redefining it, letting go of its “meaning,” and releasing the “would, should, could.”

Eckhart Tolle says that there are three ways to end suffering. First, in a situation that you don’t like, you can work to change it, leave it, or accept it.

Let Go Of Your Beliefs

In reality, you can’t understand any occurrence without considering its relation to other circumstances that happened in your life. A seemingly trivial thing may have been a trigger for something much more significant that was going on inside you anyways; things don’t just happen for no reason at all – they’re interconnected with other events in your life, whether directly or indirectly.

Life is one big mystery where everything has more than one meaning, and there’s always more than meets the eye. To get close to the truth about yourself and about this mysterious thing called “life,” you must be willing to let go of your beliefs, biases, desires, and preconceptions.

Letting go is very hard because you’re used to giving meaning to events in your life rather than creating meaning for yourself. You like the comfort that your stories bring you; they help you justify things that happen and make sense of reality.

However, if you want to reduce suffering, this thinking must stop.

Grieving For The Future

After 25 years together, my husband told me he was only in the marriage for our school-age daughter. Essentially, he didn’t love me anymore and wasn’t there for me. Finally, after many years of putting everything into the relationship, I realized that I had to let go.

At first, I sunk into a deep depression. Then, I realized that I wasn’t grieving for the man or the marriage when I looked deep. Instead, I was suffering because I grieved for the future I thought I should have had.

We were just a few years away from empty-nesting and had visions of traveling in an RV, doing speaking engagements, and playing along the way.

I imagined growing old with the father of my children.

I had big expectations, and the fact that there was now no way they would happen was devasting, and I nearly gave up on life altogether.

And then, the realization that I was defining the situation, giving it meaning, and grieving for a fictional future, and probably wouldn’t have happened that way anyway, ended the suffering.

I had to let go of the meaning and accept that it wasn’t good or bad; it just was.

You Were Taught To Suffer

Remember: you were taught to suffer, and this learned behavior is causing your suffering most times. Your family, friends, teachers – they shaped your views of reality and inadvertently or intentionally passed down their beliefs to you.

It might be difficult for you to look back at the past and see how events affected you because this type of thinking can be excruciating. Nevertheless, if we want to make sense of our lives, we need to go back and ask, “Why?”

Personal Example I was distracted during a presentation in high school; my mind kept wandering off as I stood there trying to answer questions from colleagues about my research. At first, I felt terrible for not focusing on what I was saying; then, I became annoyed with myself.

Then, a few minutes later, I asked myself, “Why do you care what the others might be thinking?” and I realized that I had a desire to be liked by my colleagues.

When I saw this desire more clearly, it made me feel silly because it wasn’t going to change whether or not they would like me for who I am anyway.

However, once I saw that my emotions were coming from a story about how things should be rather than the present moment, everything became much lighter and more fun.

Let Go Of The Label

One of my favorite authors, Eckhart Tolle, talks about the effect of labels on a person. The role we play in life brings expectations, guilt, responsibility, tasks, and duties, which generate stress, anxiety, and frustration.

Similarly, we label people: he’s the type who gets angry quickly; she doesn’t know how to handle money; I’m unlucky in relationships.

These concepts of “role” and “label” are very destructive because they define who you are either by putting you in a box with an expectation for your behavior or leading you to believe that something is what it isn’t. These concepts cause suffering when reality doesn’t conform to your expectations or desires.

I suffer when I box myself into a role or label like mother, sister, wife, daughter, boss. But, I also suffer when I label my loved ones as lazy or messy.

As a mother, I have regret. I suffer when my relationships aren’t where I think they should be and carry the all too common “mom-guilt” because I know I wasn’t “enough.”

Today, I’m working on supporting my adult children but on releasing the “story” of what it means our relationship should be.

As a wife, I suffered from obligations. While I gave way to what I thought were “responsibilities,” I resented them. As a result, I was predisposed to follow wifely duties and gave more of myself than I should have.

Yet also, as a wife, I experienced the guilt of not being good enough, or nice enough, or happy enough, or supportive enough.

I suffered from the expectations of what I thought marriage should be, how should be loved and treated, and how we “should” behave.

What if I could have released the definition of “wife” and just lived in the moment, just “being.” I bet we both would have been happier.

Because I was telling myself about being a leader, I eventually walked away from having companies with large teams.

Eventually, I moved my entire empire around to work alone. After years of leadership classes, traveling around the United States to learn and mastermind with other leaders, I realized that I would never be the leader I had envisioned.

I was suffering and had three choices: change it, leave it, or accept it. So, I changed it.

Now, I have strategic partnerships instead of “employees.” As a result, I removed the labels and let go of expectations outside of fulfilling obligations.

Growth came from my previous suffering.

Once you take away the labels and expectations associated with a situation, it’s easier for your mind to accept it as it is without suffering over how things “should” be.

We Need To Stop Defining Events Why do some people get depressed when they don’t get their dream job? It’s because there was an internal assumption that one would be happy if they.

When you live your life by trying to figure everything out, happiness will always be somewhere up ahead on the horizon.

When you stop defining events, you allow them to be just as they are without giving them a specific meaning. You accept reality for what it is rather than wishing it was different or fearing that things won’t go your way.

The best way to reduce suffering is to take a step back and see events for what they are without giving them a label or definition so you can come up with a practical solution rather than creating more pain on top of existing pain.

When you release expectations, old labels, and regret from the past, you’ll begin to see that things are just as they should be because this is nature’s design.

You Suffer Because You Define It.

What Is an Ads.txt File? 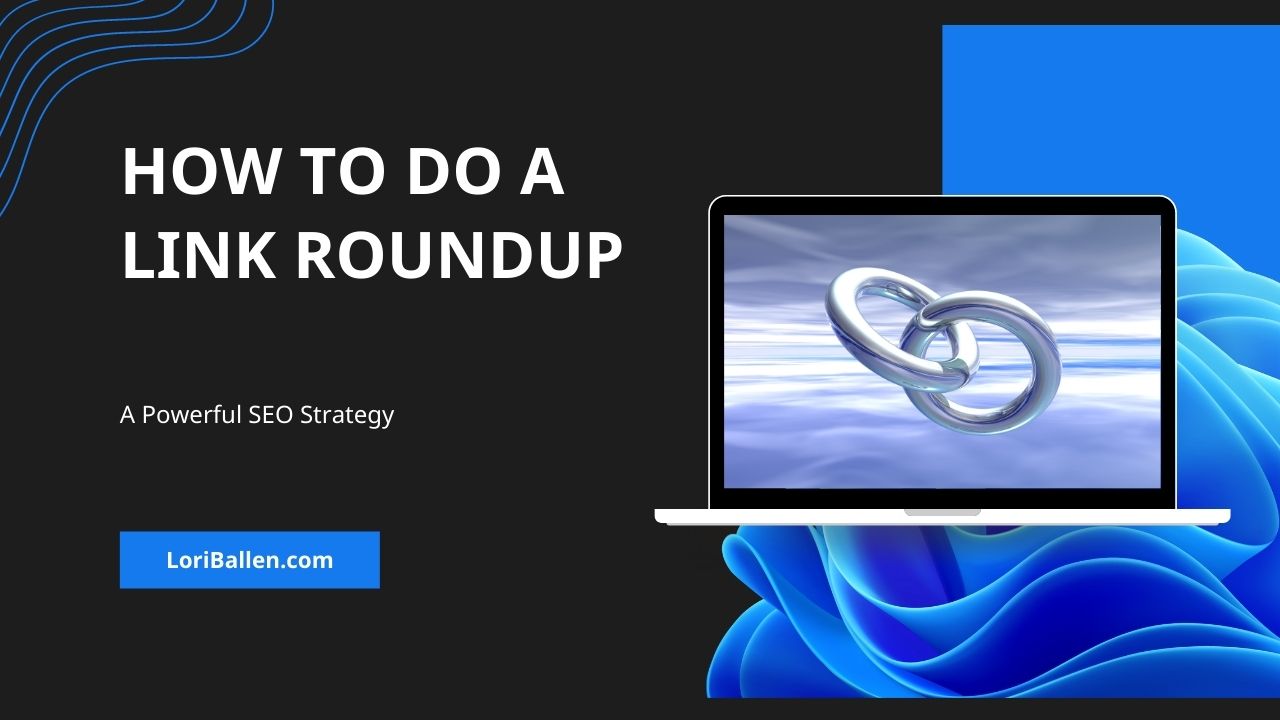