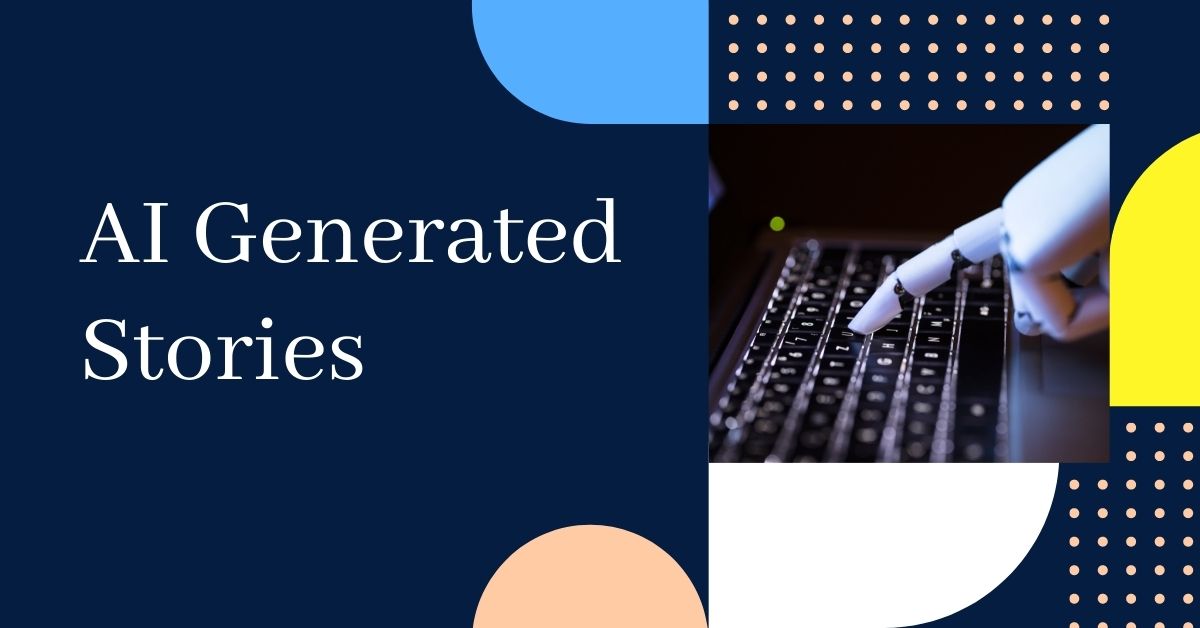 AI writing tools are changing the game for writers. While more intended to assist than replace, AI software is quickly becoming a tool in every writer’s toolbox. But how about AI generated short stories?

The short story is a tricky format. Formulated as “short prose”, it’s hard to define what makes a compelling plot, but that’s basically it. No great mystery there – human tastes are complex, vast, and ever-changing.

Some people like humor; others like violence. Some like stories that take place in unique settings; others prefer stories about social issues. There’s no “one size fits all” recipe for writing a great short story. Using an AI story generator, won’t be popular with every writer. But those that give it a try, might find it worthy.

What is AI software?

This is where AI comes in… sort of. AI software has taken the idea to another level by allowing the machines to write the actual words.

The results are astounding.

It’s difficult to know what’s more fascinating – AI stories themselves, or how people react to them. The software-generated tales have had over 6 million views on Short Editions (so far).

There’s no question that the whole idea of AI-generated short stories is fascinating. It may even turn out to be a real game-changer in terms of the way writers approach their craft.

It was a cold morning. The sun was still sleeping, and the coffee wasn’t yet brewed. Annie yawned as she went to the front door. She looked outside and saw a pile of snow from the night before, untouched. Annie squinted her eyes and looked around for footprints or a shovel in the snow. There were no signs of people yet this morning. She closed the door again and went back to making coffee.

After a few minutes, there was a loud knock on the door. Annie turned from her anticipated brew and walked to the front door again. She couldn’t see any footprints or shovels, but there were footprints in the snow now.

Annie opened the door, half expecting to find out it was all a dream. Snow continued to fall outside, but no one could be seen.

“Annie! It’s me, Joe!” A man came walking out of the fog. He was tall with black hair, wearing a leather jacket and jeans. “You scared me half to death this morning at the door. I didn’t know if you were going to answer.”

“Joe? What are you doing here?” Annie said.

[Story to be continued]

Get the Free Trial

What You Can Do with AI

AI writing tools are great for brainstorming new ideas, too. Writers can use them to come up with different plots and settings in short timeframes. For example, you might ask your AI writing tool to come up with a story about “a thief” or “a king”, and your software will generate hundreds of plot ideas for you. This is great for people who are struggling with writer’s block.

Another use for AI writing tools? Developing outlines! Instead of sitting down at the computer, staring into space, then giving up and watching reruns of The Office, you can use AI writing software to help you create a great outline. You can even choose from among different types of outlines, such as the Three-Act Method or Joseph Campbell’s Outline.

As far as AI stories go… well, they’re just plain fascinating. As a writer, you might also be interested in using AI stories as a writing exercise. Ask your software to come up with a story based on the word “dinner”, for example, and watch what happens.

AI writing software is still fairly new. There are limits, to be sure – it can’t write a compelling book on its own without guidance, for example. But even short stories take time, effort, and imagination… so why not let the machines do some of that work?

As with anything else related to AI writing tools , you may have lingering questions. Is the software truly “helpful” or simply a distraction? Can AI replace human writers entirely?

These are definitely valid concerns, to be sure. But consider this: you might even go so far as to gather groups of friends together and ask your software to create stories for them! It’s beyond fascinating, that’s for sure.

How Writers Can Benefit from using an AI Story Generator

A lot of people are wondering how this technology can help writers. The answer is actually pretty simple: it comes down to numbers and productivity. In other words, you can sit down at the computer knowing that your creative juices will flow… no matter what! More importantly, though, the software does a lot of the work for you. Instead of spending time writing… well, “the middle” or an entire novel, for example, you can let AI do the hard work. All in all, it’s a win-win situation.

This is especially helpful if you’re anything like me and are trying to find your flow when it comes to writing stories. You might spend a day or more writing a short story, only to discover that you hate the entire thing. This is why technology can be so helpful – it takes a lot of the guesswork out of things!

How about using AI as a brainstorming tool? This is where it really shines because you can come up with a lot of ideas in a short time period. This is extremely helpful if you’re looking to write non-fiction, for example, and want to come up with a broad range of topics.

In any case, AI writing software isn’t perfect… but it’s an excellent way to help writers meet their deadlines. And for that reason alone, it should be given a chance.

What Are The Best AI Short Story Writers?

My personal favorite is Jasper. Jasper is an AI writer that handles short stories, perfect headlines, and so much more. While it wasn’t created strictly as an AI story generator, it handles the task like a pro.

Jasper has written hundreds of short stories over the past few years. He has a great writing style and I often find myself being blown away by the stories he creates. The best part? You can create an account for free and have access to Jasper’s work.

Speaking of which, here is a Jasper AI-written short story example.

The Man Who Sold the World

John O’Malley always thought there was a catch. You know—something he had to give up in order for everything else to fall into place. But after living out his days in a desolate house, jacked on drugs and booze, he eventually accepted that it didn’t exist. He sold himself a lie, which had made him feel special. Now, six feet under and rotting with the rest of the refuse on Earth, he felt…empty.

It was a Tuesday night when his wife left him for good. He had gotten home from work earlier that day to find her packing all of her things into boxes, sacks, suitcases—whatever she could fit them in. She said she couldn’t take it anymore. The way he treated her. The way he talked to her. She wasn’t going to stand for it anymore. And with that, she walked out the door with nothing but a small bag slung over her shoulder and tears streaming down her face.

On Wednesday night, John was alone in the house. He had been drinking until the wee hours of the morning and watched as the sunlight crept through his windows, revealing a house no longer filled with life. There were still remnants of it scattered throughout—a lamp here, a chair there—but for the most part it looked like something out of one of those Victorian horror movies. And John was the monster.

The next few days went by similarly. He’d wake up at the crack of dawn to get on that bus, spend his workdays in front of some computer screen—reading emails or negotiating deals on behalf of some faceless CEO—and then come home and drink until he lost consciousness. It was like one of those movies where he played the same day over and over again. Wednesday was just a little bit different than the rest because it was the only night where he would eat anything, which for John meant pouring himself a bowl of cereal or microwaving some mac and cheese.

It wasn’t until Sunday morning that everything changed.

[story to be continued]

I don’t know about you, but I’m very curious to know what happened to John.

AI-generated stories are a great way for those who don’t have the time to come up with story ideas. Who knows, you might be able to create a new series this way!

How To Make Money By Watching Videos

How To Make Money By Watching Videos 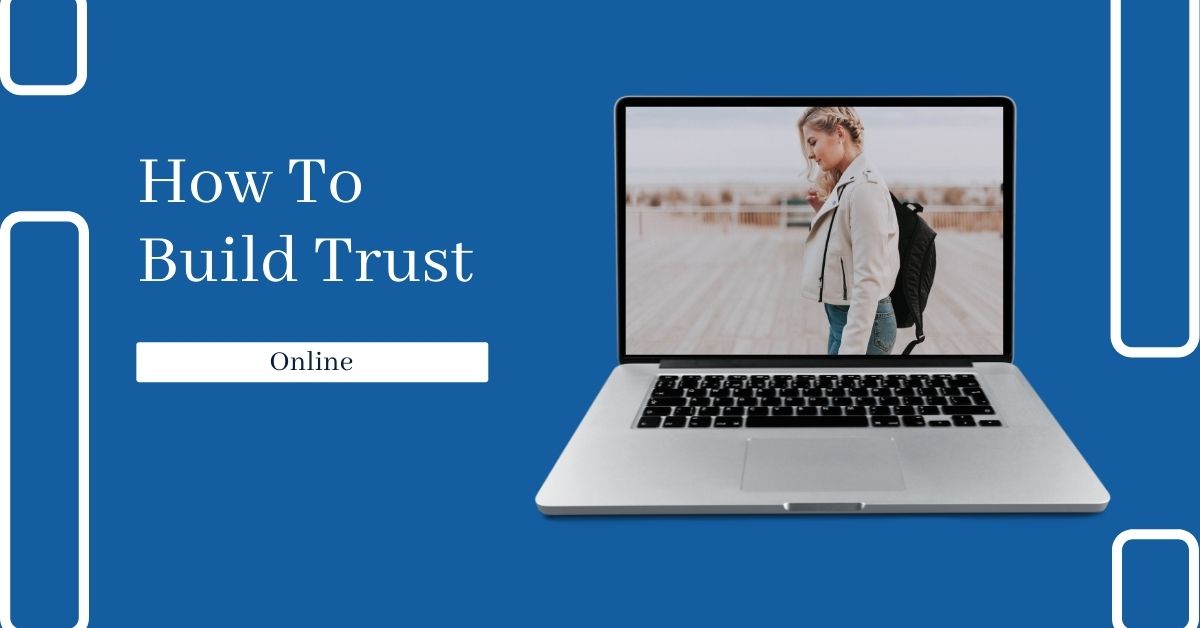 Advice to Broke Entrepreneurs: How to Build Trust Online in 2 Hours and 15 Minutes

The YouTuber Dilemma: Should I Have One or Multiple Youtube Channels?